It was a rainy July day of 1993. My just-graduated student, Anuradha strode into the — at that time — ramshackle PU building with a mischievous twinkle in her eyes.

A: Sir!!!
Me: Yeah??
A: I've got a functional language for you!!!And she waved one (or was it 2?) 360 K floppies in front of my face
Me: Awww... We're a poor department we don't have fancy machines like Sun workstations to run these. In short FPLs are beautiful but only for the rich
A: It runs on PCs – Come see!! 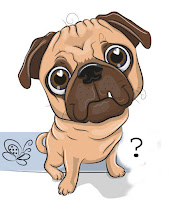 Incredulously I followed her to a PC-XT as she inserted the floppy. And started a build. The build lasted what seemed like a good half hour. After that there was a gofer executable lying there.

And after a while laboriously printing each '.' in

there was a quiet little

waiting to be commanded.

I soon discovered that it was a full scale FPL, quite like Miranda.

My concerns were very immediate. For CS101, so far the best possibility I could could come up with — or pragmatically even imagine — was Think in Bird & Wadler Miranda, write actual code in Scheme by hand translating. This is what I had done the previous year.

Here was what certainly looked like my dream CS101 language. Was I going to let the chance go by???

Frankly I did not think then that FP as Haskell would become Real World in the next 20 years. Or that 30 years later gofer would still be a thing!

About those 30 years… I must write separately about the encourag-ers, supporters and adopters of that intervening time…

In that context its time to reflect on the project and…

And by '94 my changes had become visible enough that it needed to be distinguished from the Mark Jones' original. Without putting too much imagination into it that 'other gofer' that my students used was called pugofer after Pune University where I was at that time.

But times have changed.

What should it be today??

It is natural for not just students but faculty, researchers and FP-ers to identify Functional Programming with Functional Languages. To a certain extent this is fine. But carried too far it's a mistake.

Taking again a leaf from (animate!) discussions with Prof. Sane, I believe its important to distinguish idea from artifact.

As it happens Wikipedia says this about pugs

Pugs are often described by the Latin phrase multum in parvo, or "much in little" or "a lot of dog in a small space", alluding to the pug's remarkable and charming personality, despite its small size. Pugs are strong willed but rarely aggressive, and are suitable for families with children. The majority of the breed is very fond of children and sturdy enough to properly play with them. Depending on their owner's mood, they can be quiet and docile but also vivacious and teasing. Pugs tend to be intuitive and sensitive to the moods of their owners and are usually eager to please them. Pugs are playful and thrive on human companionship. Pugs are often called "shadows" because they follow their owners around and like to stay close to the action.

This, for many of us, is a fairly accurate description of what pug is and how its intended to be used.

Stay tuned for some more posts! I need to write on